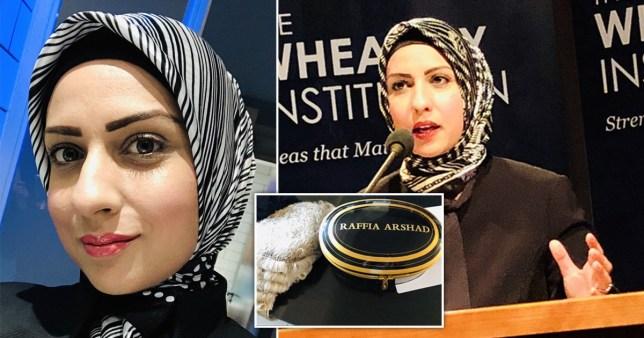 We are living in times of change, where the norm has been challenged and going backwards is no longer an option.  At the start of the year, no one could have imagined the events that would unfold and change the lives of so many.  The Black community has been at the forefront of these changes from the high numbers that been affected by the Coronavirus to the unveiling of the institutionalised racism that has dominated society.  But now we are moving towards a new normal; doors have been opened for our children and young people, to find a place in the world and aspire to be whoever they desire.

Reading about the recent success of Raffia Arshad, who has become the first hijab wearing Deputy District Judge on the Midlands circuit, was an exhilarating moment! She is an inspiration to Muslim women in the UK and proof that dreams can be fulfilled! Raffia worked as a Barrister for around 15 years, specialising in private law, financial remedy, forced marriage, FGM and court of protection.  All this success has not come without the hurdles of discrimination faced along the way, mostly from people’s assumptions of her position.

She describes her experiences of being mistaken for a client or interpreter by the usher in court! As a Muslim educator, wearing a hijab, I have also faced similar discrimination and remember clearly an incident where a professional, assumed I was the TA and not the teacher.  It was an awkward situation for everyone concerned! Society is quick to make assumptions of Muslim women.  In recent years, there has been a rise in Islamophobia with around 50% of religious hate crime being targeted at Muslims.  Women make up the majority of this figure!  So, what does the future hold for our young people?

Hopefully change! As Black educators, we are the role models to bring about this change and unlock doors that have been closed for far too long.  Raffia Arshad is a prime example of this change in breaking down barriers of discrimination. Our young people deserve a bright future so now is the time to raise the bar and help them fulfil their dreams.